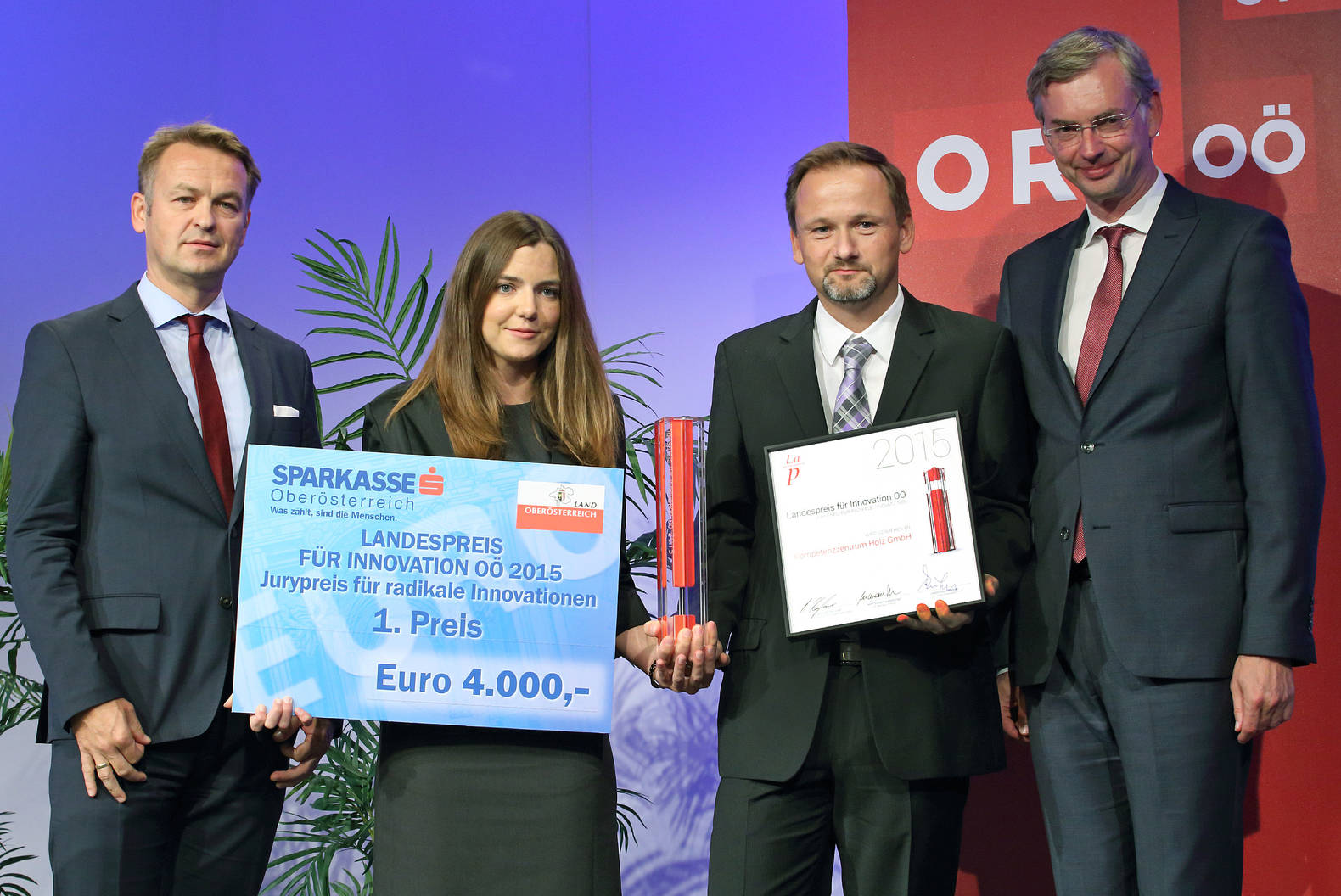 The development and optimization of activated carbon fibers and their application as electrode material for supercapacitors was awarded with the Upper Austrian Award for Innovation 2015. Wood K plus was chosen from all 82 proposals for the Jury-Award for Radical Innovations.

2013, in cooperation with Lenzing AG, Wood K plus (area WPC) started with the research on the development of highly-porous activated carbon fibers derived from regenerated cellulose fibers (Lyocell). Such highly-porous activated carbon fibers are very well suited for the preparation of supercapacitors with high energy density. Materials which are applicable as electrodes are often based on fossil raw materials. Wood k plus used the processes of chemical impregnation, carbonization and physical activation to produce activated carbon fibers from regenerated cellulose fibers, and thus the precursor is based on a renewable resource. Production process and the final product were radically improved during the study.

Supercapacitors play an essential role in the energy storage of relevant and upcoming technologies. They are used in electric cars, for energy recuperation and for enabling faster charging times. Wood K plus expanded during this project its expertise in the field of biogenic and non-fossil based carbon materials.